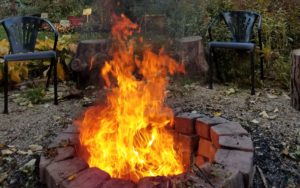 Why are we so angry?

I don’t know how one would gather data on such a subject, but it appears to me that there is a lot more palpable and visible anger in our culture in the past 10 years, especially when it comes to the arena of politics.  Why is this? What’s the root of it? Who is responsible?

The Republicans, Gays, the NRA, Trump; take your pick.  We can find anyone on which to pin the blame for our anger, reasoning out that things would be so much better if (fill in name of hated entity) would just shut up and go away.  That’s how anger works. It has an uncanny way of allowing for rationalization of an opinion.

It’s easy to point the finger at the supposed culprit and justify our own position against the actions of another.  But this is what Jesus was especially good at uncovering.  He had a way of showing that the starting point of all inquiry is self examination.  Take the log out of our own eye before removing the speck out of our neighbor’s eye. Good advice like this is not always heeded. And there is a simple motivation why?

We are angry because we love being angry.

I do believe there is a reason Jesus spoke of anger as his very first point in his first recorded sermon.  Anger is a powerful, natural response. It is a call to personal action.  When hurt or wronged, anger provokes the soul to action. But think of it as a starting point, not a destination. Anger should be moved beyond, not wallowed in.

One of the first bits of parenting advice I remember was to never discipline my child in anger.  It did not take long until I understood what that meant. When my kids did not do what I wanted, anger would flare.  And often it was for very good reason. If one of them showed disrespect, I felt immediately angry, but I had to move very quickly away from that anger into a reasoned, calm response. If not, anger would take over as the ruler.

Anger has a flip side, and it is sadness.  Show me an angry person and I will show you a deeply sad person.  Their sadness may be buried so deep that it’s hard to detect.  This is because its far easier to be angry than it is to be sad.  Anger produces a protective sense of power.  The feeling that stems from it is compulsive, and therefore indulged. In this way, Anger becomes an addiction.  This is why we are angry.  We love it too much.

Addiction is nothing more than the exchange of personal control for the promise of reward.  Alcohol promises relief and escape, but it ends up stealing a person’s self restraint.  Anger can do the same thing.  Anger can promise a sense of personal power, but leads to nothing more than unconfined rage if indulged beyond necessity. If you’ve seen the movie Fight Club, it shows this clearly.

Yes, I believe our society is angry because we love it, we indulge it and thus become addicted to it.  The only way an addiction is broken is when the addict becomes bored with or sick of the drug and sees that it offers nothing but a false promise.

Break this addiction to anger and you will change the world.

One Reply to “Addicted To Anger”